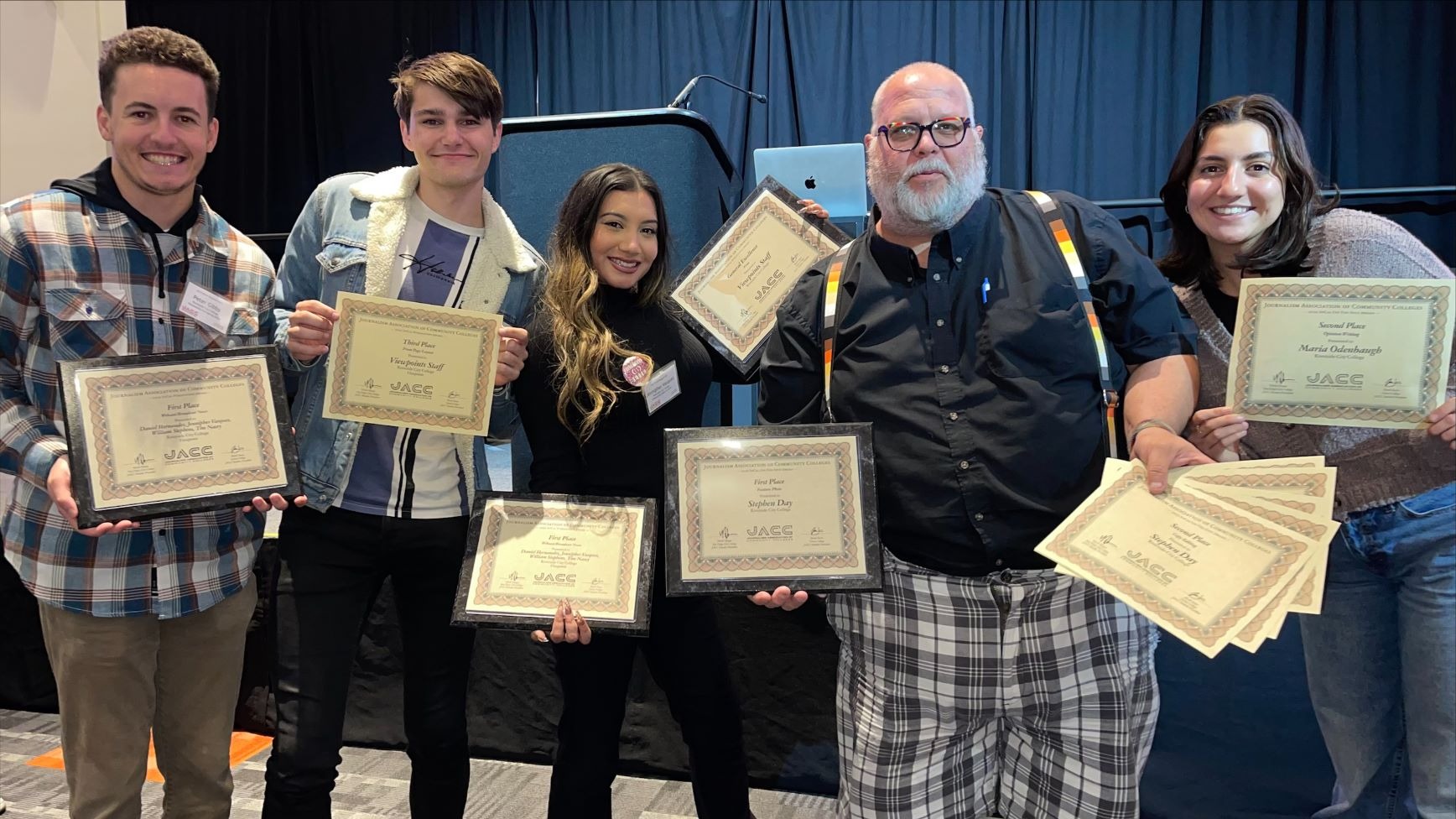 “It isn’t about awards. It’s about serving the community,” tweeted Matt Schoenmann, Journalism specialist and Viewpoints co-adviser. “But I’m incredibly privileged to work with such talented journalists and thrilled and humbled every time they’re recognized.”

Over the course of the spring semester current Editor-in-Chief Jennipher Vasquez and current reporter William L.G. Stephens teamed up with former student reporters Daniel Hernandez and Tim Nacey to showcase the fentanyl crisis — a pressing issue within the Inland Empire and beyond. Access the podcast on these platforms: Anchor, Apple, Spotify or Viewpointsonline.org.

Viewpoints also earned its 42nd general excellence award for its print edition since 1996 after a brief hiatus and publishing online only during the pandemic.

In timed on-the-spot contests, students who competed against other Southern California community colleges include:

Other regional awardees include: